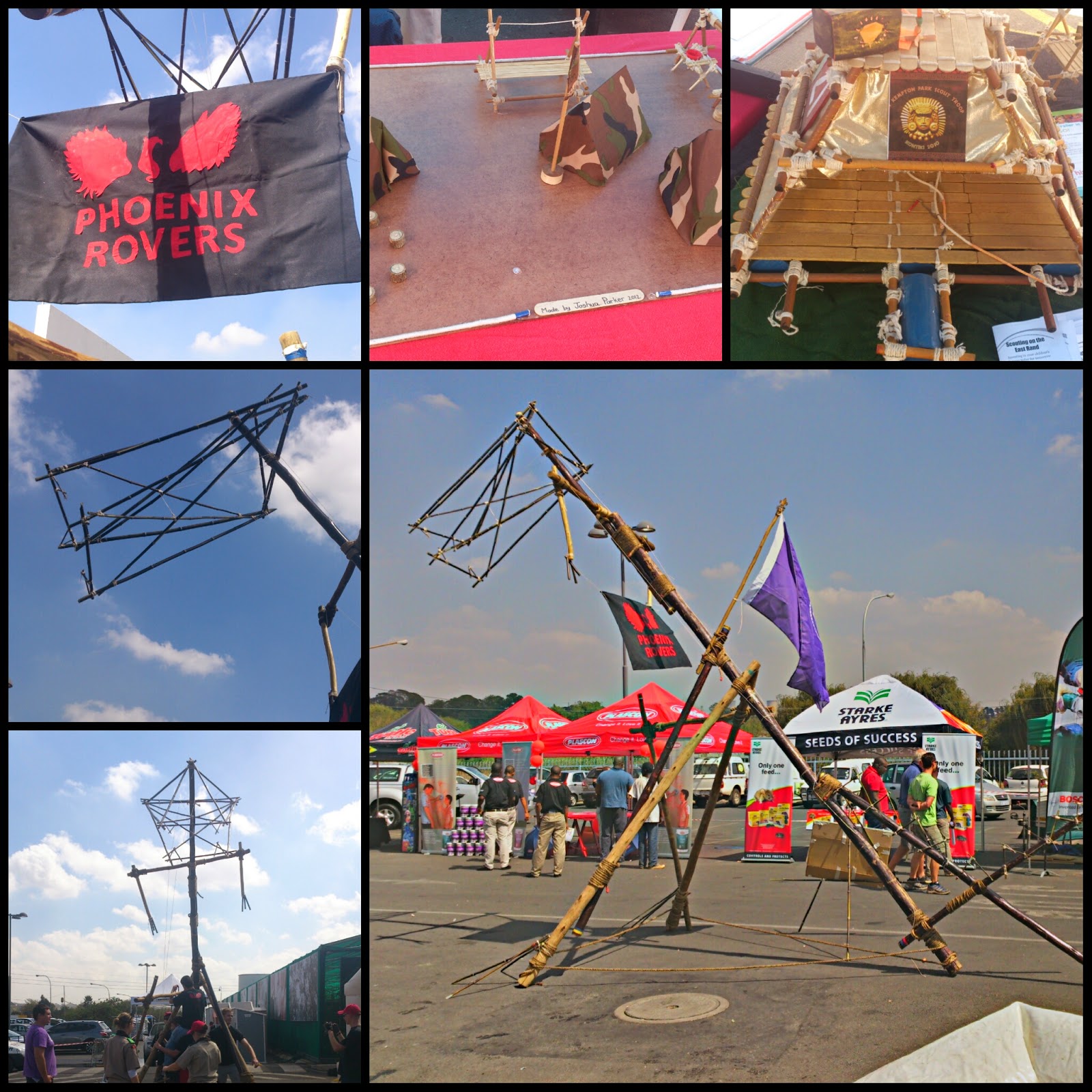 Over the weekend, the East Rand Scout District in South Africa ran a public awareness day, where every group ran a public event to show that Scouting is flourishing in the community. Some groups held parades, some met in parks, some met outside shopping centres. My Rover Crew joined 1st Kempton Park Scouts outside a DIY shop in Kempton Park, and while they set up an information booth, we built this 4 metre high T-Rex.


Inspired by the pioneered animal sculptures of the Israeli Scout summer camps, I started with asmall sketch above and then spent some time figuring out how to make this design easy to build. Working in SketchUp, I put together a quick model with some sequence drawings that let us draw up a kit list and investigate the sequencing. Unlike the summer camp sculptures, we didn't have days to build this dinosaur, but only a few hours. The simple structure is based on a tripod, with an extension above for the head and shoulders, and an extension behind for the tail.  The head is made from bamboo, in two parts, with the jaw connected to a cotton cord that allows it to be opened and closed. The sequence drawing below was used to get the project built in the right order.

Having sourced the materials from 1st Kempton Park, the crew set out to build the dinosaur in the car park. Very quickly, things came together, and by 11:00 the T-Rex's jaws were opening and closing above the crowd:


Ably led by our newest Rover, Thomas, we had a good morning building the dinosaur, and attracted a lot of attention towering over the rest of the displays at the Easter market. We're looking forward to building this again, and have some ideas for how we can improve it. 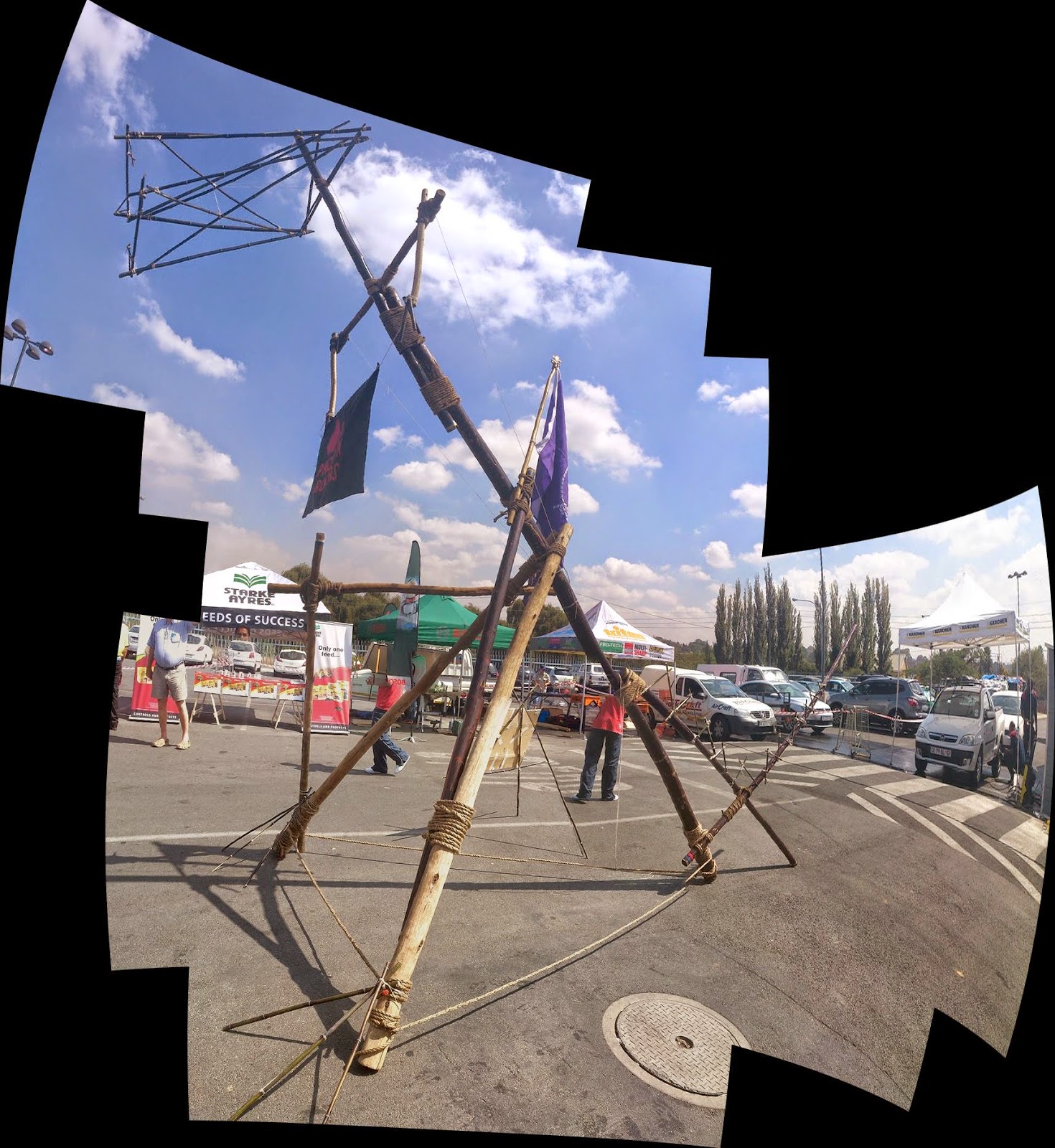 Shop with Ropes and Poles